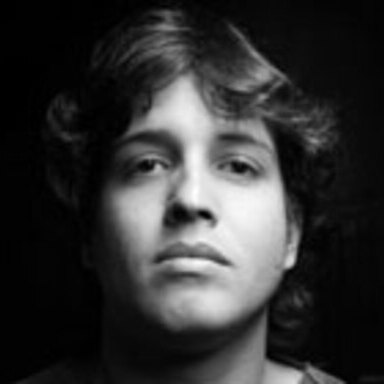 Graduated in Interactive Art Direction at Miami Ad School, he started his career in 2004 as an interactive designer. Since then he has been working with interactivity, creating campaigns for important announcers such as Coca-Cola, AMBEV, Honda, Unilever, Philips, Johnson&Johnson, Terra, Microsoft, Itau, among others.

He worked at Thug Interactive design studio as a designer beyond renowned advertising agencies, among them DM9DDB, as art director for online and offline, and at Gringo agency he worked as creative director. In 2007, he lived for one year in Mexico, where he worked at Grupo W, for brands such as Nike, Hersheys and Rexona.

Even though he is in the beginning of his career, he already holds an extensive list of awards. For 3 consecutive years, his works were in Cannes, shortlist in 2005, bronze award in 2006 and 2 shortlists and silver in 2007. That same year, he won a silver award at the One Show Interactive festival, 1 gold award and two silvers at El Ojo de Iberoamerica, participated in winning projects in the animation and visual design categories at FICT Awards, in addition to being awarded a Gran Sol de Iberoamerica, 3 golds and 2 silvers at FIAP.

In the interactive team, he is in charge of the artistic direction of projects, and will work directly with the area managers.