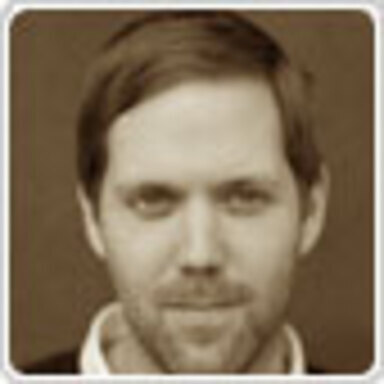 Alan Dye dreamed of being a pro basketball player, but his love of type and lack of a jumpshot led to his becoming a designer. After a few years of working in advertising and design agencies, Alan went in-house and became design director of kate spade in February 2004. With kate spade, Alan's group was responsible for the overall aesthetic of the brand, from the advertising campaign and the website, to the paper line and the home collection, and more than a few things in between. In December, Alan moved to the west coast where he is currently a Creative Director with Apple's graphic design team. Besides working with Apple, Alan has worked with the New York Times, Balmori Associates, the National Basketball Association (as close as he'll ever come to getting paid for basketball), and New York Magazine. Alan's work has been recognized by a number of design shows and publications, he recently spoke at the AIGA's ‘Fresh Dialogue' event, and was selected by Print Magazine as one of their New Visual Artist's in the annual 20 under 30 issue in 2003. Before leaving the East Coast, Alan was the Vice President of the AIGA's New York chapter, and served as the chairman of the ‘Young Guns' committee for the Art Director's Club. Alan lives in San Francisco, works in Cupertino, and continues to work on his jumpshot.