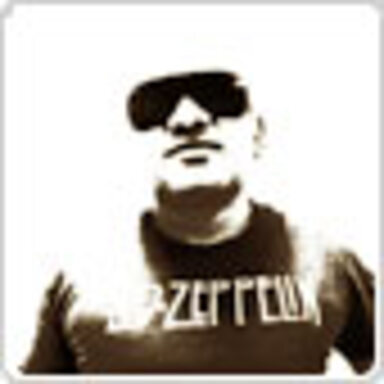 Nathan Reddy studied design in Natal at the ML Sultan School of design. He began his career as a junior designer at FCB design where he remained for 3 years before moving to TBWA Hunt Lascaris as the head of design. In 1994 he joined Louis Gavin as a partner to form DDB South Africa. 3 years later they started TBWA Gavin Reddy, which became one of the most recognised advertising and branding agencies in South Africa. This successful partnership came to an end after 10 years when Nathan decided to follow his core competency and passion: branding and design. In 2004, he founded GRID, a small branding agency situated in Melrose Arch consisting of specialists, cherry picked from the industry. GRID is a spirited, gutsy new entrant to the market and based on a unique philosophy of challenging convention and using the power of brands to transform societies, and ultimately to change the world. GRID develops new brands and refreshes old brands through understanding the power of integrating touch, taste, smell, sight and sound in creating magic for brands. A brand can take on many forms and can be a company, a product, a non profit, an event, a destination or a person. Brands are either living or dying and for a brand to flourish and remain relevant to its target audiences it needs consistent attention and investment. Often brand is the most overlooked asset that an organization or person has. Nathan and his team have developed identity and branding systems, promotional material, environmental graphics, packaging, posters and publication designs for a wide range of clients such as MTN, Edcon, Yfm, Cricket world cup, Toyota, Boardmans, Standard Bank, Exclusive books, Proudly South African, The Apartheid Museum and The Johannesburg Art gallery to name a few. Nathan is South Africa's most awarded brand specilalist with 55 gold Loeries, 105 silvers and 8 grand Prix in 10 years, international awards include 3 one show gold, 5 silvers, 6 bronzes, D&AD silver and merits. His work has been published locally and internationally. Nathan is the founder of Think SA. (The Graphic Design body of South Africa) where he remains a board a board member, he also sits on the board of the Creative Circle. Nathan has been actively involved in the transformation of the South African creative industries, the fruits of which are beginning to show. In addition to speaking on design at various design conventions and schools he has judged numerous national and international design competitions. Nathan draws his inspiration from music, art, film, literature and watching people and his goal is to make South Africa SEXY and STYLISH. He says he wants people to be proud to say "I AM SOUTH AFRICAN" not "I am of this descent" or "I am a mixture of this and that". He is passionate about defining African chic that moves away from the arts, crafts and ethnic associations to one that truly captures our heritage, spirit, and talent to create a new genre of South African brands.