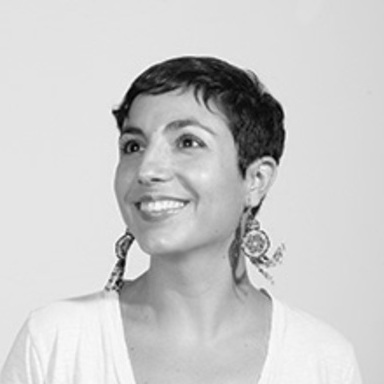 A native of Mexico City, Paulina Reyes ventured to the United States over ten years ago. Starting in Minneapolis, she began her career at Laurie DeMartino Design, followed by Duffy. In New York, she has lent her creative skills to a number of prominent companies, most notably Kate Spade. Since 2011, Paulina has been a design director at Mother New York. In addition to her full-time work, Paulina has taught at SVA and MCAD. She has also been part of various exhibits including Design for a Living World at The Cooper Hewitt National Design Museum in New York and Artesano entre Artistas at The Museum of Popular Arts (MAP) in Mexico City. Paulina’s eclectic background has earned her recognitions from organizations such as ADC (Young Guns), Print Magazine (Twenty Under Thirty), TDC, AIGA, The Cooper Hewitt National Design Museum, among others. Paulina's work has been recognized by national and international design organizations ADC, TDC, AIGA, Print Magazine, ID Magazine, Communication Arts, a! Diseño, Gatopardo and others. For her work with Laurie DeMartino, Paulina was part of the 2003 Cooper Hewitt Design Triennial. That same year she was selected by Print magazine as one the 20 new visual artists featured in the "20 under 30" annual publication. In 2006 she was selected as a "Young Gun" in the biennial competition held by the Art Directors Club.