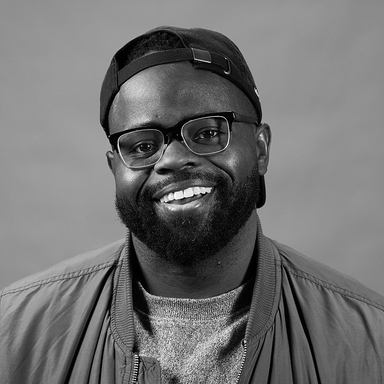 Rony is an Associate Creative Director at Goodby, Silverstein, and Partners, where he spends most of his time toeing the line between creative and director. He works alongside the most creative people in the industry and with some of the most recognizable brands in the world—Pepsi, NFL, BMW, Xfinity, and the Golden State Warriors. Prior to working at GS&P, he spent his career at a variety of agencies in Chicago, where he worked on global brands like Toyota, McDonald’s, Tide, Michelob Ultra, Crest, Jack Daniel’s, Mountain Dew, Coors Light, and Babybel Cheese where he was the voice of the brand in the form of talking cheese, with a Haitian accent.

His work has been featured by publications and organizations including Fast Company, The New York Times, ESPN, Creativity, Bleacher Report, GQ, PEOPLE, The NBA, FWA Site of the Day, and he recently helped launch Pepsi’s first new tagline in 20 years.

When he’s not working, he’s annoying his fiancé, Lauren. She’s had it up to here!