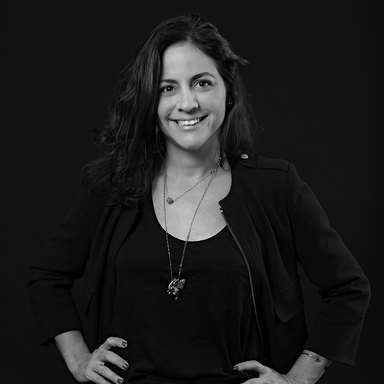 Andrea Siqueira, executive creative director at BETC São Paulo, winner of Caboré 2019 as Best Creative of The Year, was one of the panelists at Cannes Festival in the same year and one of the judges at the 2018 Cannes Festival. In 2019, Andrea was also elected one of the 5 creatives of the year by PropMark and top 10 by Meio Mensagem. Under her leadership, BETC São Paulo has stood out in the Rankings winning various New Business, and being recognized in Awards festivals with such projects as The “9’58 Biography” and #eKingPele for PUMA, the #Hershe campaign for Hershey's, “Vanishing Stories” for Vanish and, more recently, the new launching campaign for Peugeot 208. Before arriving at BETC, Andrea has worked as copywriter at DM9DDB, JWT, where she was promoted to Creative Director, AFRICA ZERO and digital agency Isobar (Dentsu Aegis Network). Throughout her career, Andrea has won all local and international awards and has contributed as Jury Member to major awards such as D&AD, One Show, Clio, Lisbon Awards, El Ojo, Wave Festival and Gerety Awards as Jury and Ambassador. Andrea has 2 children that wait for her to tell stories before bed time.