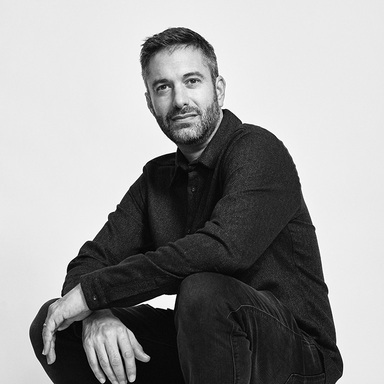 Ari Weiss is the Chief Creative Officer of DDB Worldwide. He was elevated into the position after serving 3 years as Chief Creative Officer of DDB North America. During his tenure he redesigned DDB’s visual identity, secured the region a position on Advertising Age Magazine’s coveted A-List for the first time in over 20 years, won over 38 Lions, 34 One Show Pencils and 20 D&AD Pencils helping lead DDB to be named the No. 2 most creative agency network of the year at the Cannes Lions Festival of Creativity and No. 1 most creative network of the year at One Show and D&AD for 2019. Ari is best known for creating unexpected growth for his clients by delivering some of the most unexpected work in the industry. For Miller Lite he partnered with world renowned artist Alex Prager to “Bid Farewell to Work Holiday Parties.” A campaign that suggested 2020’s cancelled work holiday parties were actually a good thing because people could spend more time with their real friends. This was the first time an ad was ever exhibited at the world renowned Los Angeles County Museum of Art. The exhibit was featured in the LA Times art section and reviewed by Pulitzer Prize winning art critic Christopher Knight. It was also the LACMA’s most visited installation in 2020. For Skittles, a brand well established for disrupting the predictable, he eschewed running a Super Bowl commercial in the actual game and instead placed it in a Broadway Theater (and charged $200 to attend). The show sold out in 72 hours, was featured in the NY Times Theater section and appeared in numerous top ten Super Bowl lists despite not running in the game. Prior to DDB, Ari served as Chief Creative Officer of BBH New York, where he led the office to 24 Cannes Lions including the highly-coveted Integrated Grand Prix. Ari built his career at distinguished agencies including BBDO, Goodby, Silverstein and Partners, Weiden + Kennedy and Cliff Freeman & Partners.