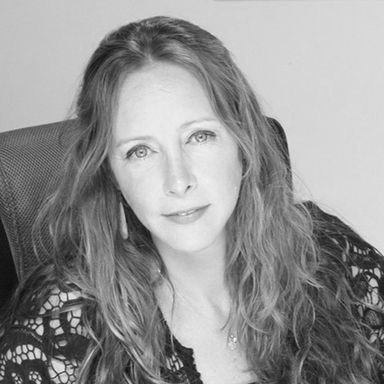 With a BA majoring in French, Genetics and Australian History under her belt, Jo’s career in production has taken her around the world, having lived and worked in London, New York, Sydney and her home town Melbourne. Jo spent 4 years working on features and in advertising in London (including working with Susie Figgis casting Rupert Grinch as Ron Weasley in ‘Harry Potter’ and working with some of the biggest advertising production companies of the time; Ridley Scott Associates, @radical media, etc.) followed by 4 years living and working in New York where she helped establish Droga5, one of the most successful independent advertising agencies. This varied and broad experience has helped to foster Jo’s resourcefulness, ability to connect on a human level and her creativity in not only how she approaches problem solving, but story telling. ​ Jo has produced for Oscar Nominated director Bennett Miller and multiple BAFTA awarded Declan Lowney; her experience is vast. She has handled tens of millions of dollars worth of budgets for some of the biggest clients in the world, and forged professional relationships that span the globe. Jo’s ability to connect on a human level and tell stories has been developed and fostered through her global experience and exposure to such varied and vibrant people and projects. ​ Recognised as Australia’s best Creative Producer at the B&T Women in Media Awards, Jo is certainly creative and resourceful, having worked on some incredible projects with some of the biggest names and projects in the entertainment and advertising industries worldwide, including, rock stars, politicians, and the current President of the USA. ​ Jo makes up one of the very small team behind 50 Shades of No, one of only a handful of Australian projects ever to be shortlisted for a Cannes Glass Lion; an entirely pro bono initiative which was launched on IWD 2018, and in 2019 she guided 15 year old director Charlotte McLaverty to direct a compelling piece for Dolly’s Dream which garnered national acclaim and was supported with music by Billie Eilish. ​ Her devotion to causal work has seen her recognised as Australia’s 'Social Change Maker' of the Year at B&T's Women in Media Awards 2020. Jo has also regularly appeared on the Women in Media Power List. ​ She is the founder of award winning independent production company OTTO which was established in 2009, and recently launched The Open Arms, a Creative Company for the people, with empathy at its core, with co founders Amy Hollier and Jess Lilley.   Jo has been invited to judge D&AD, The Young Ones for The One Show, Ciclope Latino and Europe, Cannes Young Directors Awards, AWARD Australia, was Jury President for Film Craft at Spikes Asiaand her films have played at festivals throughout the world including Toronto, Manchester and Cannes. She has spoken at Semi Permanent Auckland under invitation from RARE Global, and Spikes Asia, and her writing has featured  on MamaMia.