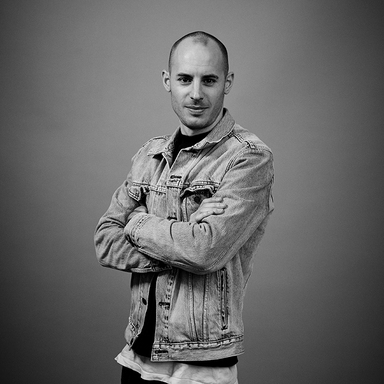 Jouke joined MediaMonks as the first creative Monk when MySpace was still a thing. Since 2005, Jouke and MediaMonks have grown into creative powers of international fame. After gaining recognition as an Art Director, Creative Director, and Global Executive Creative Director, Jouke is now the Chief Creative Officer at one of the top digital and creative partners worldwide, and he has worked on over a hundred award-winning projects across the digital spectrum. This passionate pursuit of creative excellence earned Jouke a seat on the jury at top-tier awards ceremonies such as The One Club for Creativity, Clios, Webbys, ADC Global Award; and he is routinely asked to share his knowledge as a guest on shows like Pixel Brasil, FITC Amsterdam, and Dubai Lynx. Jouke became a Partner in 2015 after 10 years building the MediaMonks creative wheelhouse around the world. In March 2020, Jouke headlined Campaign for his appointment as MediaMonks’ first-ever Chief Creative Officer, and authored a piece on his bold ambition to redefine the state of creativity. Jouke’s take on the future of modern brand-building was published in Campaign, urging marketers to ditch the big idea in favor of culturally relevant touchpoints that “feed the feeds.”