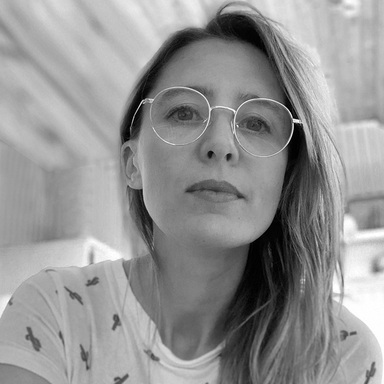 Marie-Eve began her career as Artistic Director in the year 2000. Splitting her love of fashion and her insatiable passion for cheese and charcuterie, she spent her first few years working with major fashion houses and advertising agencies. She then joined BETC, working with brands including Evian, Badoit, Credit Agricole, McDonald's and Canal+.  In 2011, after directing Air France’s L'Envol campaign, she partnered with her CR David Soussan to direct the account’s budget creation. Jointly, they developed the France is in the Air platform, including the film Swings and the viral Safety Demonstration campaign. They also led projects with Bouygues Telecom, Bel, Lu, Roche Bobois and Givenchy, and initiated the agency's diversity project.    In January 2020, Marie-Eve and David left BETC as a combined force, to become ECDs at Publicis Luxe. Today at the helm of the Lancôme international account and agency development, Marie-Eve still loves cheese as much as ever!