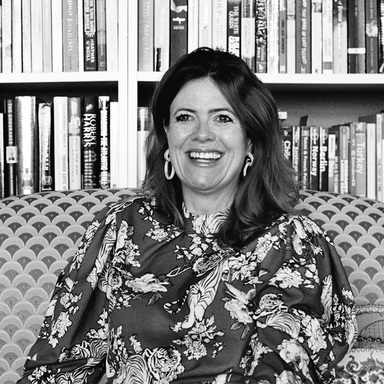 Nadya Powell, alongside Daniele Fiandaca, is the co-founder of Utopia a culture change business that 'Re-wires Business for the Age of Creativity'. Utopia drives change through the lenses of purpose, inclusion, and entrepreneurialism and works with brands such as Universal Music, Coca-Cola European Partners, Spotify and Google.

In 2019 Utopia won Consultancy of the Year at the Inclusive Companies Awards. In March 2020, in response to the Covid 19 crisis, Utopia launched Towards Utopia, a Virtual Summit bringing the change-maker community together to support business and their people during this time.

Nadya is also the co-founder of Culture Social, a network of People and Culture Leaders and Change-makers who believe that new ways of thinking about culture will disrupt business for the better. Additionally, she co-founded two Diversity networks and initiatives: www.thegreatbritishdiversityexperiment.com/ which proves diversity leads to greater creativity; www.thesowhiteproject.com/ which drives global media attention to the lack of diverse imagery in communications..

Nadya is on the Executive Committee of the British Interactive Media Association (BIMA) as the chair of their Diversity Committee, on the Advisory Council of the London Philharmonic Orchestra. In 2019 she launched the BIMA Inclusion and Diversity in Tech Report, the first report into the experience of diverse individuals in the Tech Industry. In 2020 she launched Creative Differences, a report into how to support the Neurodiverse in the workplace, as part of the commissioning Universal Music team.