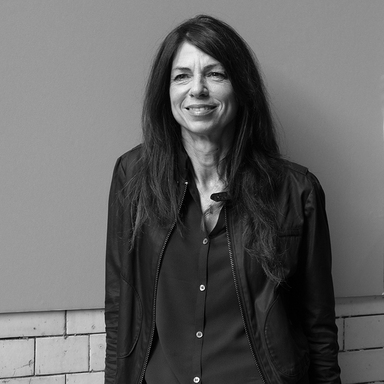 Bridget has the tremendous privilege of having the best job in the world – running AMV BBDO’s strategic output, in partnership with Craig Mawdsley.  As if to prove that enjoying your job makes you good at it, Bridget & Craig have been voted London’s #1 strategists for 5 out of the last 7 years (a unique achievement), by having probably the best strategy department in the world, winning the inaugural Cannes Effectiveness Grand Prix, IPA Effectiveness Agency of the Year 2012 and 2014, Network of the year 2016 and APG Creative Strategy Agency of the Year 2011 and 2015   Bridget has been Chair of Judges for the IPA effectiveness awards was made a Fellow of the IPA in 2016. She has also published her first book, called Revolt, on how to create movements. She personally oversaw the multiple award winning ‘Live Fearless’ work for Libresse(Bodyform) and the disability work for Maltesers and cares passionately about using creativity to tackle prejudice and taboos.  In 2020 Libresse (Bodyform) Viva La Vulva campaign matched the Bloodnormal campaign by being the 2nd most awarded campaign in the world (Warc Rankings 2020).  And Viva La Vulva was #1 most awarded campaign in the world (Drum Rankings 2020)   She and Craig have created a culture of effectiveness at AMV and last year saw them win another Gold at the IPA effectiveness awards (this time for Guinness), making theirs the longest running win of consecutive golds in the history of the IPA awards.  In 2020 at the Marketing Society Awards AMV won it’s 4th Grand Prix in the last 8 years, which no other agency has achieved in the show’s history.   In 2020 Bridget judged the Warc media awards and knows only too well the time commitment required to be a good judge. She considers it a privilege to do justice to those who take the time to write them and add to our industry’s collective knowledge database.