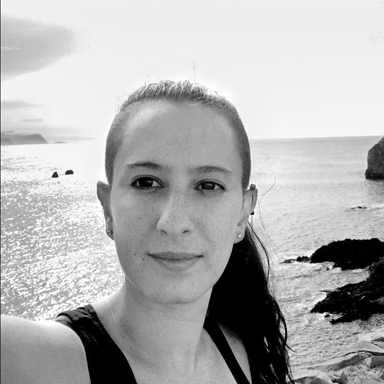 Marina is humbled to be part of the 2021 One Show jury (as she told me to tell you). From what I hear, she was also recently summoned to be a jury for the Argentinean Creative Circle and, having won the US Hispanic Young Lions competition in 2018, she got to join the Grand Jury in the Ibero-American Advertising Festival El Sol. Anyone can tell she feels blessed to be a Creative Director at Mercado McCann, where she partnered with creative titans in leading business titans (including Coca-Cola, Netflix, Mastercard, Uber, TyC Sports and more). Earlier she was spotted in the US, at The Community, where she was entrusted with Verizon—America’s largest wireless network—and launched the first campaign in the history of the Academy Awards to run in a foreign language without subtitles. At The Community, she also had the privilege to work for Domino’s, Corona, Oreo, BMW, Google, Revlon and other major clients. She first joined the agency at the Buenos Aires office, creating internationally acclaimed campaigns for Rolling Stone Magazine, landing new business pitches such as Diageo and Universal Music, and driving forward accounts like Ferrero Rocher and Emirates. But what really caught my eye was her involvement in Mauricio Macri’s governmental and presidential campaigns between 2013 and that moment when he actually became president. Some believe she started her career after winning an extremely tough race to land an internship at Y&R. But I know for a fact it was much sooner, having met her in the good old days when she managed a DVD store and somehow ended up marketing thoroughbred horses. Since becoming a copywriter, Maru Stern has been awarded in national and international festivals (including Wave, Ojo de Iberoamérica, Fiap, Intercontinental Advertising Cup, Dossier’s Platinum Pencil). Her most recent achievement—from about five minutes ago—was giving birth to a narrator for her bio, so as not to fall short of all those that were written in the third person.