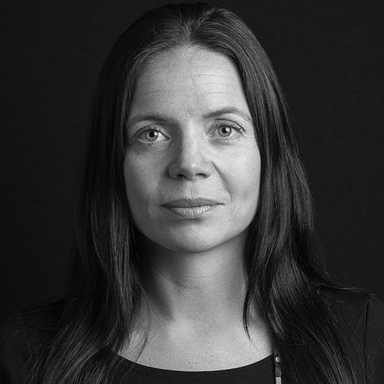 For the last thirteen years Sophia has been working as an Art Director at Forsman & Bodenfors in Sweden. The Big Won Report 2013 ranked the agency no. 10 Top Agency worldwide, and no. 2 Top Digital Agency worldwide. At Cannes Lion 2014 we won Independent Agency of the Year.   Sophias work has been awarded 5 Grand Prix in Cannes, Yellow and Black Pencils in D&AD, 3 Grand Prix in Eurobest, Best in Show and several Golds in One Show, several Golds in Art Directors Club, and several Golds in Epica.   2014 she was recognized as #14 Most Creative people in Business 2014 by Fastcompany.  Some of the accounts she has worked on over the years are Volvo Cars, IKEA, Thomas Cook and Volvo Trucks. Her most awarded work are The Epic Split and The Live Test Series for Volvo Trucks.   She has also won a Glass Lion at Cannes for her work SK-II Marriage Market for SK-II (P&G) and most recently another Grand Prix at Cannes for her campaign The E.V.A Initiative for Volvo Cars.   Sophia strongly believes that we can come up with ideas that solve our clients real problem. And she says she loves the fact that that can be anything from making people laugh, to spark a conversation about something or to actually make this world a little bit better.   She has vast experience in various advertising juries, including Cannes, The One Show, Clio, and Eurobest.