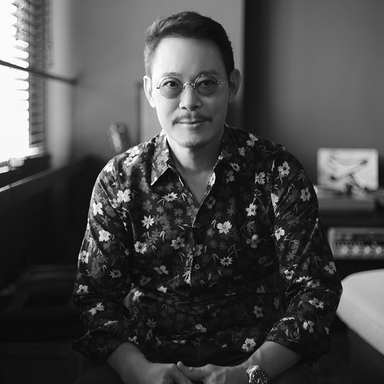 Suthisak Sucharittanonta, is one of the most celebrated and awarded creative minds in Asia and is regarded as a pioneer of creative Thai advertising—having been the first to introduce Thai advertising to world stage.

Suthisak started his career as a freelance photographer, working with some magazines before entering the ad world as, Art Director, Copywriter, and Creative Director at a number of agencies: Dentsu, Lintas and Oglivy Thailand, until he co-founded the ad agency BBDO Bangkok as Chief Creative Officer in June 1998 and soon after made history by receiving Thailand's first Cannes Film Gold Lion award in 2003. By 2004, he had successfully led BBDO Bangkok to be ranked 8th in GUNN Reports’ World’s Most Awarded Agency rankings.

Over the past 30 years, he has consistently created and inspired advertising imbued with outstanding and unique creativity. His works have won countless awards from some of the most internationally acclaimed award shows in the world, including Cannes Lions, Clio Awards, One Show Awards, D&AD Awards, Spikes Asia, AdStars and AdFest, among others.

At the helm of all this creativity has been Suthisak Sucharittanonta, a 22-year veteran of the agency and its globally respected creative chairman Suthisak moved into directing, he began directing through The Film Factory and Triton Film Thailand.