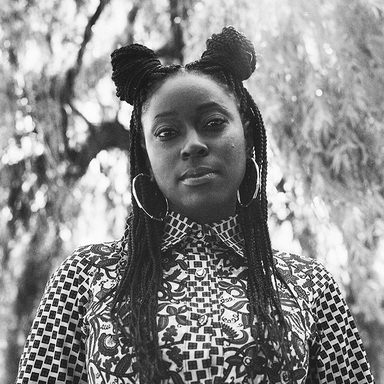 Nana Bempah is an Executive Producer working in film and advertising, passionate about bringing people together, and connecting talent and creativity with opportunities. Previously heading up the film department at ad agency Cheil London, she was the youngest ever Head of TV and Content in the UK, and for four years was responsible for award-winning moving image for clients, including Samsung. Building the department from the ground up in 2012, she revolutionized the agency’s approach to production with a department that offered a full range of services from in-house social content created by makers, to external commercial productions on a global scale. Nana has worked for a number of agencies including Anomaly, BETC and Uncommon.

In 2018, Nana founded Pocc - a creative community, support network and organisation seeking to accelerate equality for ethnically diverse people in the creative industries, born out of her own experiences as a Black Woman in the industry. In addition to rapidly becoming the leading community in the UK, US and Netherlands to connect Black, Brown and ethnically diverse creatives for help, support, opportunities and collaboration within the industry, Pocc brings about transformation through campaigns using non-traditional ideas, behaviours and activism.

In 2019, Nana was named Pitch Magazine's Superwoman, featuring on the front cover, and in 2020 was not only named a WACL Future Leader but also featured in Campaign Magazine's Top 10 Trailblazers creating change in the creative industry.