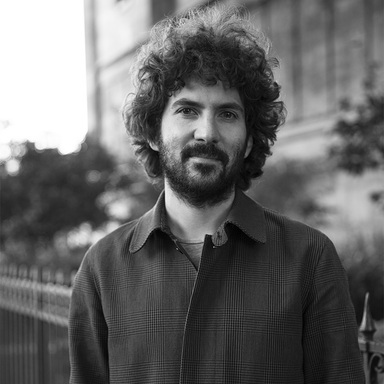 After studying graphic design in an art school, Julien began his career as an art director in 2006 with his copywriter Lilian Moine at Les Gaulois agency, where he gained his experience on accounts including Citroën, Transavia, Equidia under the influence of Marco Venturelli and Luca Cinquepalmi.

In 2011, he won his first international awards at the Eurobest Festival in film category. The following years he won a Grand Prix Eurobest and several Cannes Lions thanks to his Transavia campaigns.

He pursued his career at Jesus to work on Eurostar, under the supervisation of Gabriel Gaultier, the most awarded creative director in France. In 2015, he moved to Buzzman, the best french independant agency, to work on accounts such as Burger King, Match.com or Ikea.

In 2016, thanks to his campaign, Julien helped Buzzman to win the french railway SNCF account, which was rewarded at Cannes the following year for the campaign 2h04 with Kevin Costner.

In 2017, he was made creative director in charge of several accounts of the agency like EasyJet, Burger King and NRJ mobile accounts.

In 14 years of advertising and still in duo with Lilian Moine, Julien has won more than 60 awards in major international festivals for 10 different campaigns (Eurobest, Cannes Lions, Clios, DandAD, One Show...).

Julien has been honoured to be a juror at the French Art Directors Club.