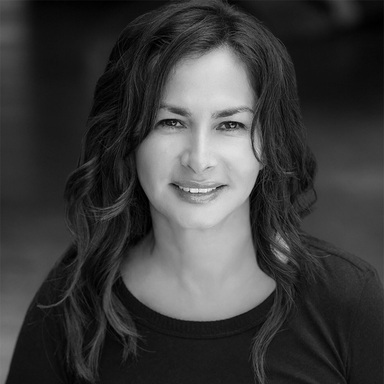 Yvette Cobarrubias is one of the founders and managing partners of the award winning, full service post-house Cosmo Street. Over the course of two decades, she along with Managing Partner Tom Scherma and partner Maura Woodward, expanded Cosmo Street into an internationally recognized and awarded shop with five locations, a sister company in London and a roster of 30 plus diverse, innovative and acclaimed artists. Cosmo Street is WBENC/MBE certified and is a proud participant of Free the Bid, Green the bid, Pipelines and AICP.

As a long-standing board member of the international AICP National and West boards (serving as VP on the latter) she co-founded the Women’s forum and is an active member on the Equity and Inclusion committee and Post Council. Yvette is also a member of the Television Academy'sExecutive Committee Peer Group, serves on both the WIF and GTB advisory boards and is a founding member of Chief, a C level Executive Women's group. She is passionate about sharing what she has learned through mentoring within these organizations, along with proudly citing an impressive list of women she has helped rise within the industry.

Yvette is an active and engaged participant through this thing called life and enjoys being the voice for things that matter. She resides in Santa Monica with her three children and puppy, enjoys cooking, boxing and listening endlessly to the Rolling Stones.