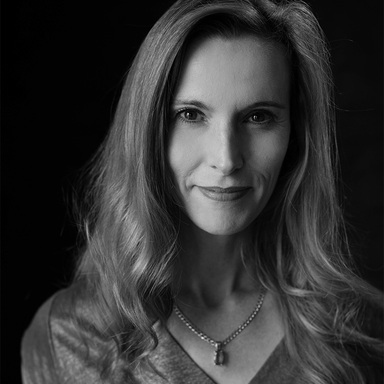 Karla Henwood is Executive Creative Producer of Squeak E. Clean Studios Australia. Fusing 25 years of advertising experience with a passion for artistry and talent, she was celebrated as the 2019 “Mentor” of the year and 2018 “Creative Producer of the Year” at B&T Magazine’s Women in Media Awards.

As a driving force behind a raft of award-winning work at Squeak E. Clean Studios, Karla is responsible for nurturing talent at the global audio powerhouse, playing a transformative role in bolstering the company’s international service offering across its Sydney, Melbourne and New York studios throughout her thirteen-year tenure.

Karla led the Australian studios to produce numerous Gold and Silver Cannes Lions winning campaigns, including the Tide Super Bowl spot, “Terry Bradshaw." In 2020, the studio launched its first original podcast series "King of Sting" on Audible, which led to the actual arrest of infamous conman Peter Foster. From shining a light on the future of female leaders in HP "Madam President" to uniting global audiences in a year of binge-watching in Netflix "We Watched it All," Squeak E. Clean Studios has been behind the soundtrack for top global campaigns that brought people together. Most recently, they elevated a trio of Super Bowl spots including Dexom featuring Nick Jonas, the Damian Chazelle-directed "5 to 9" for Squarespace and the hilarious "Drake from State Farm."

Marking her ongoing support of diversity, equity and inclusion initiatives, Karla founded Chicks in Advertising (CIA), an industry network for women that she launched in 2014.

Karla’s industry expertise has been tapped for juries in top international festivals and award shows including Cannes Lions, AICP Awards, Adfest, Ciclope Festival, AMP Awards and AWARD Awards, as well as being a part of the inaugural AICP Global Awards Committee.