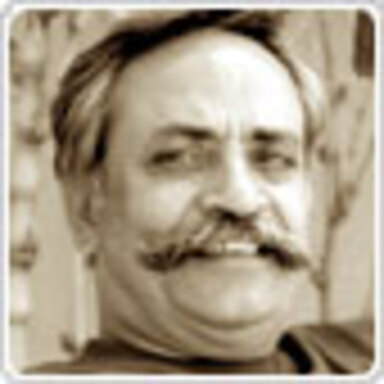 Piyush Pandey has been named the most influential man in Indian advertising three years in a row by The Economic Times, India's premier business paper. Under his leadership, O&M India has won a dozen Lions. And, in 2004, he became the first Asian to be the president of the Cannes jury. But Piyush Pandey doesn't have a job. That's because Piyush considers advertising a hobby: 'When you're having so much fun, how can you call it work?' Before he 'quit working', Piyush was a professional cricketer and tea-taster. Then in the 80's he put away his teacups and hung up his ball-guard (!) to join Ogilvy & Mather, Mumbai. He became its national creative director in 1994. Over the years he has picked up over 500 Indian advertising awards. Under his leadership, O&M has been named India's most creative agency nine times in the last ten years. And O&M India is now ranked amongst the most creative offices in the entire O&M worldwide network. Ad Club Mumbai voted Piyush's commercial for the adhesive brand Fevikwik as the commercial of the century. And his work on Cadburys, as the campaign of the century. Not surprisingly, people in India refer to chocolates as Cadburys. Piyush hates being called the Godfather of Indian Advertising, a title often thrust upon him. He would rather be known as the Minister of Fun at O&M Advertising.