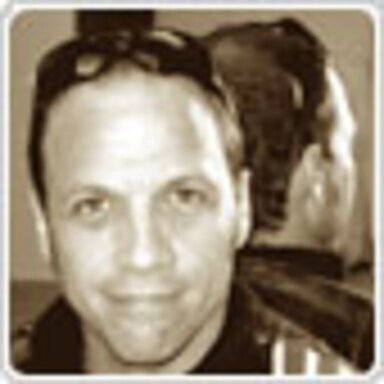 Kirk was born in 1961 in the post-war epicenter of American consumerism, Levittown, Pennsylvania, and then at age seven moved overseas with his family. Over the next twelve years he experienced the vastly different cultures of Switzerland, Italy, and Germany, and in the process learned a valuable lesson for his future in marketing--there are many different perspectives in the world, all of which are as equally valid as his own. He returned to the States for college, and left the University of Delaware with a Bachelor's of Science in Visual Communications. He then headed for the baptism by fire that only New York City can supply an advertising neophyte, and with it, a series of valuable apprenticeships under many advertising greats. His first job was under Charlie Piccirillo, one of the innovators of the revolutionary Volkswagen campaign, working on the Pantene line at Leber Katz Partners. Next, Kirk joined Deutsch Inc. as senior art director, and over the next four years had the pleasure of helping Donny Deutsch turn a twenty person boutique into one of the major advertising power-houses of the last twenty years. There he worked on Ikea, Pontiac, GMC, Pitney Bowes, the Environmental Defense Fund, and was instrumental in the never-ending stream of new business. More importantly, he learned from Donny that we on the agency side need to think more like our clients and less like ad guys. From there, Kirk accepted a V.P. Associate Creative Director position at Saatchi & Saatchi, and worked on Burger King and Edwin Jeans before being lured by two other heroes of his, Ralph Ammirati and Martin Puris, to their advertising mecca and one of the most important branding companies of the last century. As a VP ACD at Ammirati & Puris, Kirk immersed himself in brands like Nikon, Aetna, and RCA, and was invited to join the new business think-tank there. Working closely with Ralph and Martin enabled Kirk to see that excellence, integrity, and success, can actually co-exist peacefully in this business, in the same place, at the same time. Then Kirk's sights turned westward, where he was offered a Creative Director position at Stein Robaire Helm, a new top-notch creative entity started by Chiat Day talent. There he created award-winning campaigns for Ikea, Acura, Roland, and The Museum of Contemporary Art, and met one of his future partners, Court Crandall. It was at this point, on a patch of grass on Venice Beach overlooking the Pacific, that Kirk scribbled onto a pad of paper, a name, a logo, and a philosophy for a new kind of branding company, and with Court Crandall and Jim Smith, started Ground Zero. When the three put the plaque on the door they had no clients, but seven short years later they were setting the bar for global creativity in advertising with over one hundred million in billings. In that time, they and their one hundred-plus soldiers-in-arms had created vanguard positionings and work for brands like ESPN, Disney, Sun International, Sega, Pioneer, The Los Angeles Times, and the California Anti-Tobacco Initiative. Together they garnered every major award in the industry, and in 2001, Kirk and Court received the highest honor of the Advertising Association of America's Creative Leaders of the West Award. Kirk has also served as a judge on every advertising award competition, for two years on The Board of Directors of the One Club, and has been invited to speak from New York, to Amsterdam, to Hong Kong, at marketing and creative conferences. In the fall of 2001, having achieved everything he had ever hoped for with Ground Zero, Kirk and his wife Patricia decided to cash in all their chips and take some time off to fully experience their new son McKinley, and to see the world together. After returning from a two year world journey to Thailand and Cambodia, Kirk was offered to take the helm of Hal Riney in San Francisco, and became its President, CEO, and Executive Creative Director. Kirk turned the creative department back into the powerhouse of its beginnings, and took the firm on a new business run, bringing in Jamba Juice, the consolidation of the Sprint business, 24Hour Fitness, and Beringer Wines. After two years, Kirk decided to pursue a life-long dream and return to grad school to get his Masters in Counseling Psychology. He resigned from Riney, created a project-based creative consultancy called Granite Pass, and is now working on his dream brands and his dream degree from the modern day Shangri La of Topanga, California. While Kirk has had the good fortune of winning Cannes Gold Lions, Gold One Show Pencils, and Clios Best of Show, the prize he is the most proud of, is his union with wife and son and daughter, from whom he continues to learn everyday.