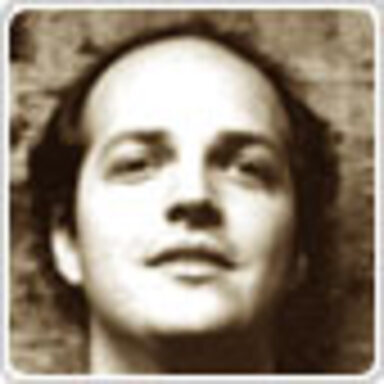 Rob Hudak and his older brother were given a toy in their youth that allowed them to view reels of classic animations by the crank of a hand. It had them mesmerized for weeks. They cranked through the animations forwards and backwards. They slowed them down. They saw how each frame was essential, watching as the familiar characters squashed and stretched out of proportion, existing on one frame and turning to a puff of smoke in the next. They began making flip page animations using the corners of textbooks lying around the house. It was the 1970s. At the age of 5, Rob bought his first guitar. This would be his medium of expression and identity for many years -musician. Growing up in Ohio he performed, wrote, and recorded music on a semi-professional level while continuing to pursue his passion for art. Obtaining a BA in graphic design, he brought his artistic and musical talents to New York City where he performed as a one-man-band, and found a means to rent working as a graphic designer. It wasn't until his employer handed him a program called Flash that he had a way put all of his passions into one medium. In 1999 Rob's design and multi-media skills brought him to the web design firm Fusebox, where he made some of the earliest online Flash advertisements and games. He helped them win awards as animator, programmer, and sound designer for the spots "HUNGRY" and "HOME", both of which won a One Show Interactive Silver Pencil in 2001 and 2002 respectively. In 2004, Rob went freelance, working on a groundbreaking election-year project for the Parsons Institute of Information Mapping. He also won a grant for his animated Converse film "Soft Shoe" which combined his photography, animation and music, and aired as part of the Converse Gallery campaign. With his website the Mechanical Head (www.mechanicalhead.com) Rob approaches new technologies with the same enthusiasm and experimentation in which artists and filmmakers of the 20s and 30s approached film as a new medium. His pro-bono work for the artist T.R. Ericsson is part of an ongoing collaboration to create works of art through an interactive medium. And his record company Full-Tilt Records is a partnership that brings obscure New York City recording artists into the spotlight. Looking around his office - the walls are filled with guitars, amplifiers, a banjo, ukulele, mandolin, two pianos, a violin, snare drum, bongos, and tambourines. There are drawers full of harmonicas, kazoos, tripods, microphones, digital cameras, and files of advertisements from the first half of the 20th century. There in the middle of it all sits a computer, with scanner, printer, studio speakers, and an 8-channel analog-to-digital audio interface. It's an office geared for 21st century show business. Most of the equipment has come a long way from hand-cranked animation reels, but no matter how technological the means are to achieve the final product, Rob makes sure that the human touch and a sense of humor show through.