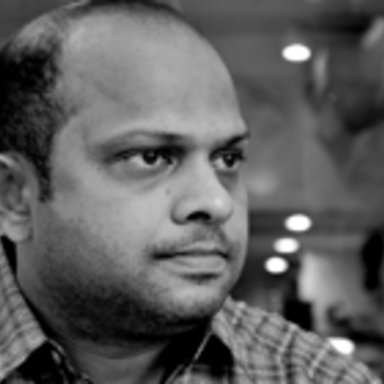 Agnello Dias began his advertising career in 1989 and after working with several local and international agencies (Dart, Interpublicity, Lowe and Leo Burnett) he joined JWT India in 2005 where he soon rose to become the Chief Creative Officer. In 2006, JWT India was ranked India’s No. 1 creative agency in the Campaign Brief rankings for Asia in 2006. This year he made history by winning India’s first-ever Grand Prix at Cannes and the first-ever Titanium-Integrated Lion, with JWT India not only being the network’s top performer but also returning the best ever performance by an Indian advertising agency at the festival. In January of this year, Agnello Dias partnered Santosh Padhi to set up Taproot India of which he is founder and Chief Creative Officer. In a career spanning 18 odd years, he has worked on a host of Indian and multinational clients, and his name features in almost every award book from the One Show, Clio and Cannes to the British D&AD, Asia Pacific Ad Fest, Media Magazine, New York Festival, the Times Asia-Pacific Awards and, of course, local shows where he has been Jury Chairman several times. 2008 in a nutshell: * Won India’s first Grand Prix at Cannes 2008 * Won India’s first Integrated Lion at Cannes 2008 * Led JWT India to the best-ever showing by an Indian advertising agency at Cannes with 7 lions (India too had its best-ever performance at Cannes this year) * Was Jury Chairman at Citra Pariwara Advertising festival in Jakarta, Indonesia * Created the only Indian TV commercial to get four in-book nominations at D&AD this year * Led JWT Global with JWT India at No. 1 spot to its best-ever global Cannes performance this year * Led JWT India to the No. 1 spot in the WPP network this year * Won the Grand Prix for film and the Grand Prix for Integrated Campaign at Goafest, the annual Indian award show * Literally put Indian advertising on the front page of national newspapers with the Grand Prix win * Was elected Creative Director of the year by NDTV, the country’s premier national news television network * Led JWT India to Agency of the Year at NDTV and also at the Asian Advertising Congress this year