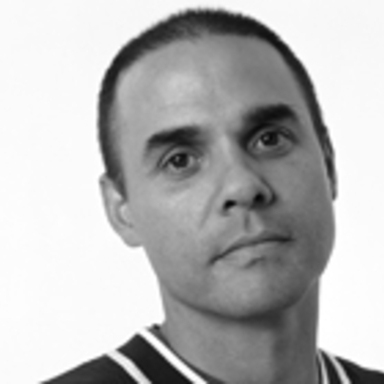 Gerry is one of the most entertaining and effective writers in the advertising business today. His dead-on wit and ability to find the underlying humor in any brief make him one of the most tenacious and passionate advocates of breakthrough work in the industry. He can take anything and create great work. Most recently, as Executive Creative Director at TBWA/Chiat Day, his work for Sprint and Mars (Skittles, Starburst, Combos and Snickers) garnered recognition in every prestigious award show on the planet. There, he also worked with top travel/leisure destination brands like Embassy Suites, hotels.com and Visit Britain. In August 2007, he was named the world’s most awarded creative director by Creativity magazine. Gerry has always been a writer at heart, writing comedy sketches in college, but started his career as a stockbroker after earning a degree from the University of Notre Dame. Once he realized that the ad industry offered him the opportunity to use his writing skills, he pursued a junior internship at Saatchi & Saatchi before landing his first job at Wells Rich Greene. In 1994, he joined BBDO, where his ability to create effective advertising began to flourish, and he helped create the Snickers “Not going anywhere for a while?” campaign. Between jobs at BBDO, Gerry joined Goodby, Silverstein and Partners in San Francisco. At GS&P, his clients included Nike, Budweiser and Isuzu. He also created the “It’s time for E*Trade” campaign. One spot, “Monkey,” was named one of the top five Super Bowl commercials of all time by USA Today. Following GS&P, Gerry returned to BBDO New York as Executive Creative Director. His accounts included FedEx, Guinness, Red Stripe beer and Harp Lager. He has also created campaigns for Doritos and was part of the team that created the “New York Miracle” campaign for Mayor Giuliani following the 9/11 tragedy.