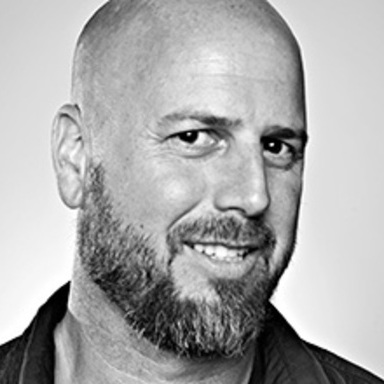 For more than 14 years Mike Geiger has led multidisciplinary teams in strategy, branding, production and development of cutting-edge new media and advertising content for clients including HP, Adobe, Comcast, Sprint, Got Milk?, Gucci and Specialized.

In 2003 Mike started the Interactive Production Department at Goodby, Silverstein & Partners.  In 2008 he became the agency’s first Chief Digital Officer. Next to still overseeing the production of all interactive and emerging technology projects, Mike is now also in charge of improving and expanding and fully integrating the agency’s digital offerings.

Mike is also involved in many speaking engagements at venues like the CAT Conference, the nbc’09, the Creative Review Conferences, Boards Creative Work Shops and Summits, the Clios and Flash Conferences like FITC and OFFF. He also guest lectures in the MBA program at Stanford University. Mike is a member of the International Academy of Digital Arts and Sciences and was honored as one of Madison Avenue’s Top 20 ‘IT’ advertising professionals in 2009. He is also a Charter Board of Director Member at ‘Boulder Digital Works’, an Advisory Board Member at The Creative Circus, as well as a Board Member at ’CAT Creativity and Technology’.

In addition, Mike is also a frequent juror in award shows such as the New York Festivals, the Webbys, the One Show Entertainment, the One Show Interactive, the Clios, the London International Awards, the Art Director’s Club and the Bees Awards. Before joining the world of advertising, Mike worked at design & production studios likeMethod, Spyplane and Thunk Design. Originally from Munich, Germany he now lives in San Francisco. Mike graduated from the University of San Diego with a BA in Business Administration and received an MBA in Marketing Management from theUniversity of San Francisco in 1995.