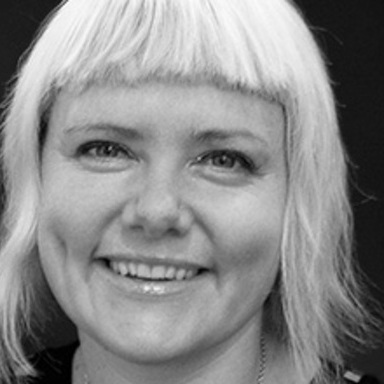 As Executive Creative Director at LBi, Laura brings together an experimental and innovative use of technological advances and digital media with a deep understanding of changing customer behavior and good ol’ fashioned storytelling.

A Creative who has worked internationally (Australia, Japan, United Kingdom and the United States) producing content which pushes the boundaries of the medium, Laura cut her teeth as a key figure in the infamous 'geekgirl' hyperzine in the early nineties, and has been involved ever since in the design and implementation of many of the world's most cutting edge work for top international brands as diverse as Levi's®, Mini, Bacardi, SAB Miller and Virgin Atlantic.

She has consistently won awards for her commercial work, and has been honoured with personal recognition over 15 years in the industry, including being voted one of the 30 under 30 leaders in IT by industry leaders as part of the Fairfax Group awards in 1999, and recently the New Media Age Greatest Individual Contribution to the Industry Award in 2011.

After a stint as a lead creative at deepend Sydney, she arrived in London for the deepend head office in 2001, and has worked at a senior level at Lateral, I-D Media London and glue, before coming to LBi in 2009.

She lectures and travels extensively, speaking on experiential/digitally-connected art and the cultural implications of digital society, as well as teaching dynamic lectures and workshops around new forms of communication and marketing, advertising, innovation and digital narratives in classes at major Universities and centres of excellence (including Hyper Island, School of Communication Arts 2.0, College of Fine Arts Sydney and the RCA).

Laura Jordan-Bambach acted as a jury member many awards including:

She is also co-founder and Director of SheSays – an international volunteer organization to encourage more women to take up digital creative careers, which operates in 12 cities worldwide.

She is a trained taxidermist, and believes in the power of great ideas, grown through focused collaboration, to create great work. She believes that genuinely entertaining or useful is where it’s at (at least most of the time).