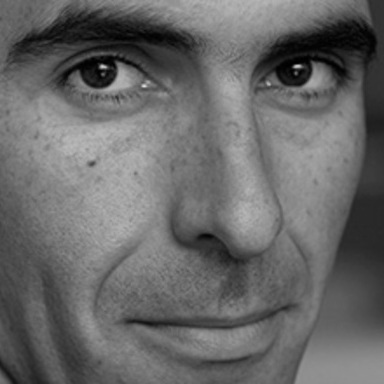 FABIO COSTA, SVP, Group Creative Director Fabio Costa’s interactive career began at age 14. Going against the advice of his mother and grandmother, he freelanced as a reviewer for gaming magazines. His assignment was to beat a game in 25 days, write an article and take photos. Since then, Fabio has been combining his passion for pixels and deadlines to become one of the industry’s interactive leaders.

Fabio began his career in Brazil at Young & Rubicam and Talent. After a couple of years, he went to work at Almap BBDO, which, at the time, was regarded as Brazil’s most creative agency. While there, he helped the agency create its interactive department. Under Fabio’s direction, the agency set a new level of achievement winning numerous awards including an Interactive Grand Prix at the London International Awards and a Gold Cyber lion at the Cannes Festival.

In 2004, Fabio became a creative director at Blast Radius and was responsible for Nike, Proctor and Gamble, American Stock Exchange, MINI and BMW Canada. Two years later he joined Ogilvy & Mather San Francisco as a creative director to work on Yahoo!, Mattel and BP Oil. For TBWA\Chiat's Cutwater, he applied his story telling award winning perspective for such brands as Ubisoft, Ray Ban, The Walt Disney, Nvidia, FRS, Arnette and Motorola. In 2010 Fabio and his family moved to Paris, France where he became the Global Creative Director for Louis Vuitton. Also at Ogilvy & Mather France he had the opportunity to lead the digital creative for Perrier.

Since landing at The Martin Agency, Fabio is one of the leaders of the agency’s digital evolution. He has supplied reinvigorating work as creative director for long-standing clients such as GEICO, BFGoodrich Tires and the John F. Kennedy Library Museum. He’s also aided in securing the new relationship with Norwegian Cruise Lines.

In his spare time, Fabio competes in marathons and triathlons. He also continues to play video games, which his mother and grandmother still don’t approve.