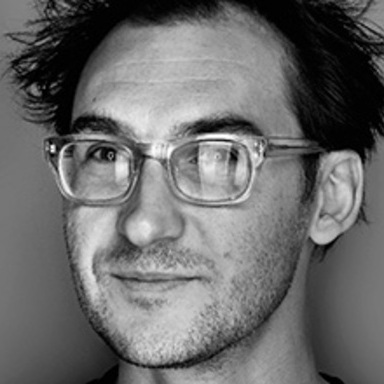 Benjamin Palmer is a co-founder of The Barbarian Group, and has served as its CEO since the company’s founding in 2001. Over the eight years since the company’s founding, Benjamin has come to be one of the most respected voices in the world of interactive and digital advertising. He has been named one of Creativity’s 50 top creatives and one of Esquire’s ‘Best & Brightest’. Benjamin also sits on the board of the Art Director’s Club, and has served as jury chair for the Asia Pacific Advertising Festival (APAF).

Benjamin leads the creative and cultural vision of The Barbarian Group, overseeing creative as well as the company’s overall direction. He is integral to the spirit and spunk of the company, providing leadership since its inception. Benjamin has been intimately involved with the bulk of the company’s work since its founding, and continues to operate as a hands-on CEO, maintaining the integrity of the company’s creative output.

Additionally, as a co-founder he acts as a new business and client services executive for several clients.

In his capacity as CEO, Benjamin has lead The Barbarian Group to its position in the industry today – that of unparalleled creative quality and an uncanny ability to cut through the noise with consistently great and effective interactive communication. He has also been instrumental in fostering the shop’s sense of purpose, rebellion, mischief, innovation, results and growth. The Barbarian Group has been named Creativity’s Interactive Agency of the Year (2006) and Digital Company of the Year (2008), and was recently recognized as one of the world’s 50 most innovative companies by Fast Company.

The Barbarian Group is an award-winning digital marketing services company. Founded in 2001, The Barbarian Group is run by its founding partners Benjamin Palmer, Rick Webb and Keith Butters and is a subsidiary of Cheil Worldwide. They partner with the best brands, technology companies and content creators to help navigate the treacherous waters where advertising, user experience, technology and marketing merge to create some of the most successful work on the web.