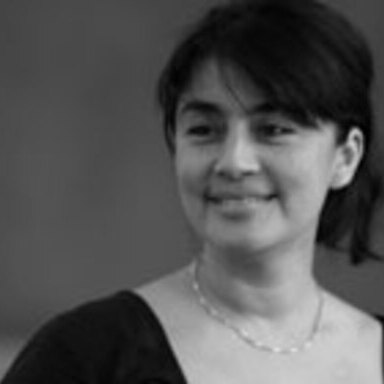 Leslie started her creative career as an Art Director in the U.S at Wieden & Kennedy on Nike and Coca-Cola. She worked at MTV NY for a stint (writer/director) before accepting a job in London to work on VWand the Guardian at BMP/DDB.

Leslie then joined WCRS as an Executive Creative Director where she ran BMW, Mini, Prudential, 118118, 3 Mobile, Volvic and BUPA before deciding to direct commercials full-time with Partizan. Over the next four years, she developed a taste for film and a reputation for giving funny a sense of style. Her commercials, shorts and music videos gained her industry-wide recognition and a screening at Sundance.

A move to Australia prompted her to join Sydney-based outfit Three Drunk Monkeys - to write, direct andcreative direct. Leslie ran Google, IKEA and TELSTRA there before moving to HOST – a digital ideascompany, with a focus on pushing boundaries and making things for Coca-Cola, Vodafone and Air New Zealand.

Her work's been recognized and awarded by the Sundance Film Festival, D&AD, Cannes, Award,Creativity, the BTA, the One Show, Creative Review and Boards magazine. Leslie is currently based in NY, creating apps, designing wallpaper and making films. She is represented by PartizanLondon in the UK for commercial and film work worldwide.