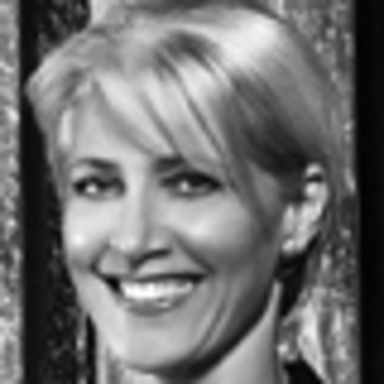 Rosie started moonlighting at a tiny creative hot shop called Bartle Bogle Hegarty in 1983 while studying at Central St Martins. She has been there ever since. Always motivated by the opportunity to do mould breaking creative work amongst like-minded people, she has had no reason to move.

She spent the formative years of her career working closely with John Hegarty, learning the trade. In her time to date she has been responsible for some of the Agency's most iconic work from Pretty Polly and Levi's in the 80s; The Independent and TAG Heuer and Levi's in the 90s; through to Axe (Lynx) and Robinsons in the 2000s.

Her work has amassed many awards including six Cannes Gold, six D&AD pencils and three Campaign Golds. For the last ten years she has spent most of her time as Creative Director on Axe where she has nurtured many other hugely well regarded pieces of work. The brand has become one of the most famous advertisers globally and one of Unilever's major brand successes.

Rosie's talent for producing outstanding ideas in traditional media such as TV and print is well documented. In 2007 she rose to a new challenge in a whole new area. BBH had been developing its digital offering as Clients needed their "above the line" (TV, Radio, Print etc) ideas to work online. Rosie was the creative director responsible for pitching for Unilever's European digital account. The work she and her team developed won the pitch and went live in January 2007. The "Get in there" digital campaign used mobile to get boys out from behind their computer games and back into the mating game. The campaign picked up a Gold at D&AD in May 2008 and a silver at Cannes. Rosie has subsequently been named as one of 'Revolution' magazine's most influential digital players.

In September 2007 Rosie took a three month sabbatical and went back to art school. This time to the Royal College of Art to pursue a personal art project.

On her return to BBH she was one of the three Creative Directors appointed to the UK Management Board and in July 2008 was appointed Deputy Executive Creative Director. She is, sadly, one of just a few women running creative departments in advertising agencies in the UK.

Rosie regularly appears in the press and featured in a Channel 4 documentary called "From the Top" on life as an advertising creative. She is on the Executive Committee of D&AD and was Chairman of the D&AD print awards this year (2008). She is Chairman of the print jury at this October's Big Awards (Campaign magazine's annual advertising awards).

Rosie has managed to combine her successful career with raising her two boys and three step daughter and learning to Fence. She says of her multi tasking role "It feels a bit like being Ginger Rogers. You're expected to do everything that Fred does just backwards and in heels!"