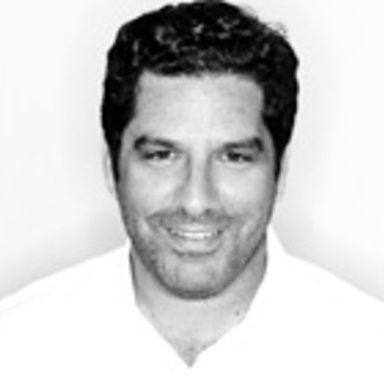 Mark has been called a fire-starter, the kind of guy who’s always trying to shake things up. That’s pretty much what he’s doing at Mullen, where he became Chief Creative Officer last year and has been leading a creative resurgence for a bunch of thought-leader brands including Google, JetBlue, Zappos, iRobot, Barnes & Noble/NOOK, Benjamin Moore, Planet Fitness and that creamy delicious Greek yogurt called FAGE. His creative leadership helped Mullen win a spot on Fast Company’s list of Most Innovative Companies in Marketing & Advertising. Mark came to Mullen after a nine-year stint at Goodby, Silverstein & Partners, where he developed the creative on HP’s “invent” the “Comcastic” and “Slowskies” work for Comcast, Hyundai’s “Think about it,” Doritos “Snack Strong Productions”, HBO’s “Water Cooler” and Saturn’s "Sheet Metal." Prior to Goodby, Mark worked as an art director at the Martin agency working on Saab global. He’s won a lot of hardware but considers himself most lucky to have a beautiful wife and two little girls who look exactly like him.