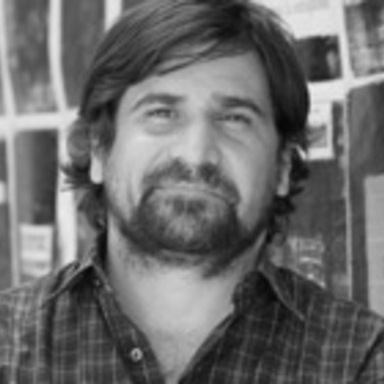 Before opening la comunidad's offices in Miami and Buenos Aires, Joaquín worked for several agencies in Argentina before joining Ratto/BBDO for seven years, first as a senior copywriter and then as creative director. He was instrumental in the development of many regional and international campaigns for brands that include Pepsi, Nike, Volkswagen, Visa, Bank of Boston, Audi, 7-Up, Bayer, USA Network and FedEx.

He later founded la comunidad in 2000, with his brother Jose Mollá. Within two years, the agency became the world's 13th most highly awarded agency according to the Gunn Report and has consistently remained in the rankings over the past 10 years.

Joaquín has overseen campaigns at la comunidad for clients that include Apple, Volvo, Corona Extra, Modelo Especial, MTV, Rolling Stone, Coca-Cola, Disney and many more across a variety of markets including regionally within Argentina, the U.S Hispanic market, Latin America and the U.S. general market, as well as global projects.

His work has been honored by the top advertising festivals including Cannes, Clio, Art Director Club of NY, The One Show, New York Festival, D&AD, London Festival and FIAP.

He's also been invited to serve on the jury of Cannes, D&AD, The One Show, Clios, El Sol, and El Ojo de Iberoamérica and is currently a member of The Argentine Creative Circle Commission.

In his spare time, Joaquín enjoys painting, writing and playing with his two sons, Tomy and Benito. He also enjoys the company of his wife, Paola, a Yoga teacher who restores some of the peace advertising takes out of his life.