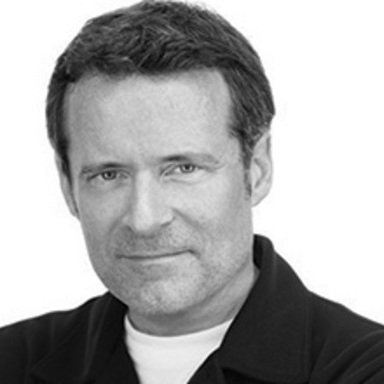 Kevin took a somewhat different path to a job in advertising copywriting. He avoided art school, ignored creative writing classes and, instead, jumped head first into account management. During those years he struggled to hold back his own ideas for ads and settled for writing business memos. Not satisfied, however, with the creativity involved in memo writing, and sure he could never win an award for it, he ultimately made the switch to copywriting.

Following that switch Kevin worked at several agencies on his way to Riney, including Cliff Freeman & Partners, Fallon and BBH. During those days he worked for a variety of clients including Little Caesars, Staples, Volvo, Coca-Cola, Electronic Arts, Timberland, TIME and Sports Illustrated magazines, Ally Bank, Cadillac, Miller Lite, AXE and many others.

Immediately prior to joining Riney, Kevin was the Chief Creative Officer of BBH New York and, in that time, helped that agency undergo a considerable transformation into new ways of communicating on behalf of brands. With Kevin's creative leadership the agency forged into broader creative territories including, for starters, a television series for Unilever's AXE on MTV called, "The Gamekillers." A YouTube sensation for Diagio's Smirnoff Raw Tea called, "Tea Partay." And, in addition, the innovative launch of the Oasis album, "Dig Out Your Soul," via street musicians on the streets of NYC. With thiskind of new and broadened creativity, BBH New York won every major award around the globe many times over, including new awards for innovation like the Cannes Titanium Lion, the AICP NEXT Award (four times), the first-ever AAAA's O'Toole Box Award, and many others. In addition, under Kevin's leadership BBH was named the "AAAA's Mid-Sized Agency of the Year" four years in a row.

As a copywriter Kevin has, himself, been recognized for creative excellence throughout his career. Twice he has been ranked in the top three of Boards Magazine's "Top 10 Copywriters Worldwide" list, and he has won every major creative award in the world several times over. In fact, Kevin is the only person in advertising to have ever won The One Show's "Best of Show" award, twice.

In addition to his role at Riney, Kevin currently has the proud honor of being Chairman of The One Club, the advertising industry's most prestigious international club dedicated to championing creativity in all its forms.