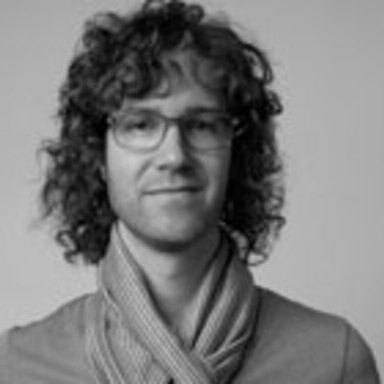 For a recent office birthday party (yeah, we know how sad those can turn out), Calle was presented with a life-size, cardboard Big Bird cut-out with his smiling mug plastered on it. The cut-out was also wearing a crown. It might seem odd, but this was actually the perfect gift for Calle, who in his four-year tenure thus far at BBH could best be described as a "gentle ruler."

And that's actually shorthand for what Calle's name means in his homeland of Sweden. The long version is this: "Gentle Ruler who has magical fingertips and can see through concrete."

But that's only part of the story. Upon graduating from the University of Stockholm with degrees in the History of Music and Multimedia, Calle began his professional career as a producer in 1994. He boldly took a not-too-traditional approach and dove in at EF Education making language-learning CD-ROMs. After two years in the field, he took a leap of faith and founded his own ad agency, Starring (formerly known as Moonwalk) in 1996. He served as the Creative Director at Starring (and also launched his own bicycle company on the side) before moving to the U.S. in 2006 to become Group Creative Director at Fallon Worldwide in Minneapolis.

In 2007, Calle was thrilled to have the opportunity to move to New York City when he joined BBH New York as a Creative Director. Throughout his career Calle has been fortunate to spearhead some of the most creatively challenging accounts in the industry, including Google, AXE, NYC & Company, H&M, LEE Europe.

Calle's creative vision, and patient guidance (see above) and has helped him land numerous creative awards across most media, during his 15 year career in advertising:

Beyond all the hardware though, he's simply helped brands grow and tons of creatives get better at their jobs.

Calle and his brother Pelle were featured in Adweek in an article that showcased the most innovative, young people under 40 to watch in the industry. The previous year Creativity Magazine featured Calle in their yearly Creatives Now issue that showcases the best creative teams in the industry. And their recent work for Google Chrome has heavily showcased in creative, tech and trade publications and websites. Calle has been a board member for The Swedish Advertising Association and has been a juror at Cannes, and MSN Creative in London. He also has given a number of lectures over the years on interactive creativity and design.

If you see him, feel free to call him Big Bird.