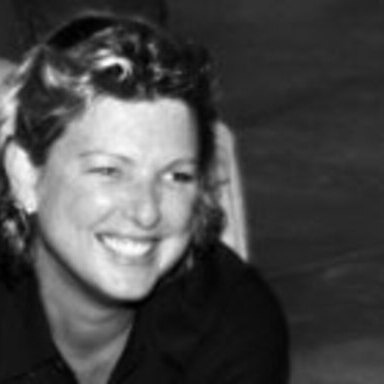 “What I love about new media is that it is the new frontier of creative filmmaking” producer Catherine Finkenstaedt. “As a producer, I have the exciting opportunity to support this new medium by finding the right projects to pair with all the right creative collaborators” This ability to honor both a project’s creative integrity and a director’s artistic process is what brought Finkenstaedt to GO Film in 2005. One of the first projects Finkenstaedt had the opportunity to exercise this new approach of creative collaboration on was the Jeep Patriot “Choose Your Own Adventure”, which was then short listed at the Cannes Awards in 2007.

Prior to GO Film, Finkenstaedt served as Executive Producer at RSA’s music video division Black Dog Films, working to develop the division and infuse new talent into the roster. During three years several directors were developed into very successful directors, and Finkenstaedt had the honor of working with stellar helmers such as Jake Scott, Sam Bayer and Hype Williams. Serving as Executive Producer, Finkenstaedt has brought her decade of experience in the clip world to numerous artists including multiple videos for Ricky Martin, N’SYNC and Britney Spears. Finkenstaedt is renowned for nurturing young talent and for developing long-term relationships with directors, artists, and music commissioners alike.

Finkenstaedt has served as President of the Music Video Producers Association (MVPA), assisting in their efforts to establish standards and practices within the music video industry, as well as co-chairing the annual MVPA Awards at the Directors Guild of America.

Formerly with A Band Apart, Finkenstaedt utilized her keen, wrap-around vision of the production process to oversee a flurry of projects, including “Livin La Vida Loca” with Ricky Martin, “Oops” with Britney Spears, “Try Again” for Alliyah for the soundtrack from “Romeo Must Die” with Wayne Isham helming, two number one videos directed by Mc G, for Columbia Records multi-platinum recording artist The Offspring, two chart busting videos for Cher directed by Nigel Dick and Will Smith’s “Miami”. During her time at A Band Apart, Finkenstaedt aided the company garner twenty two MTV Music Video Award Nominations in their first year, and twenty in the second.

At the start of what has become a lengthy career in music videos, Finkenstaedt served a seven year stint as Executive Producer/Head of Production at Squeak Pictures. There, she managed the shop’s full slate of music video projects, fostering the careers of directors such as Nigel Dick, Peter Christopherson, Carlos Grasso and Mc G. Among the productions she oversaw were numerous Nigel Dick directed clips for the bad boys of British rock, Oasis; the Peter Christopherson directed “Bulls on Parade,” for Rage Against The Machine, winner of the Best Rock Video at the 1996 MVPA Awards; and two Mc G helmed clips, “Walking on the Sun” for Smashmouth, winner of the 1997 Billboard Music Video Award for Best New Artist Clip of the Year, and Sugar Ray’s “Fly”, which won Best Pop Video at the 1997 MVPA Awards. Because of her background in commercial production, Finkenstaedt also Executive Produced spots for such clients and agencies as Nike ACG Sportswear/ Wieden & Kennedy, Portland; Vans Shoes/ McElroy, Newport Beach; and Kellogg’s/ Leo Burnett.

Born and raised outside of Cambridge, England, Finkenstaedt attended Hampshire College in Amherst, MA, where she studied theater and film. While there, Finkenstaedt produced several documentaries, including her senior thesis, “Now This is Theatre”, which aired on PBS in Boston. After graduating in 1987 with a degree in film and video, Finkenstaedt moved to Los Angeles and quickly landed a job as an assistant to feature producer Michael Gruskoff (“Quest For Fire”, “Nosferatu”, “Silent Running”). Later that year, she was hired as director of creative services at commercial shop Harmony Pictures, but left in spring of 1989 to try her hand at freelancing, doing everything from production assisting, to craft service, to wardrobe in her quest to learn everything she could about the filmmaking world. Before long, Finkenstaedt was given the chance to produce a multi-spot Toyota Truck campaign for Mendoza Productions. Her thorough understanding of the production process quickly led to other producing opportunities.

Over the next two years, Finkenstaedt supervised production on dozens of commercials for companies like Partners U.S.A., Nonesuch Films and Harmony Pictures, on behalf of such top advertisers as Coca Cola, Miller Lite and McDonald’s, and such agencies as Deutsch and McCann Erickson, both in NY, and Leo Burnett in Chicago. During this time, Finkenstaedt also began working in the music video community, quickly gaining a reputation for balancing the client’s needs with the director’s talents. Working with helmers like Mark Romanek, David Kellogg, Drew Carolan, and Matthew Rolston through shops like Propaganda and Satellite Films and Squeak Pictures, Finkenstaedt produced and production managed clips for such wide ranging artists as DJ Jazzy Jeff & The Fresh Prince, Social Distortion, and Take 6. Based on the quality of her freelance work for Squeak, Finkenstaedt was named Head of Production there in 1992 and was quickly promoted to Executive Producer, a position she held until joining A Band Apart in 1998, and joining Propaganda Films at the end of 2000, until the company’s demise, and from there taking the Executive position at RSA’s music video division, Black Dog Films, and then in 2005 joining GO Film to start her newest adventures in new media.