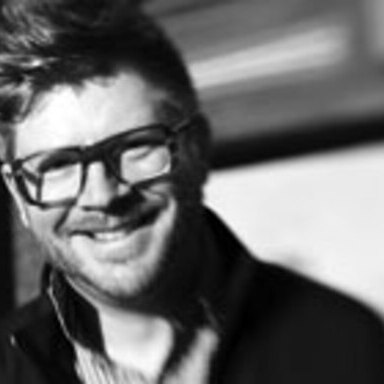 Richard Farmer is an award-winning film, commercial and music video director. His groundbreaking work has been shown in prestigious film festivals around the world including the Cannes Saatchi’s "New Director Showcase," and has garnered multiple MTV Video Music Awards, and Best Short Film awards at both Malibu International Film Festival and London Film Festival.

In 2002, Richard started directing as half of the directing team, HAPPY, who amassed a wide body of work over 6 years. Since then, Richard has directed award-winning spots for such clients as Mini Cooper, Ikea, Coca Cola, Sprite, Virgin Mobile, Playstation, Bacardi, Skittles, Egg, Wrigley’s, Brawny, Bud Light, and Nike/Foot Locker, as well as innovative music videos for Adam Freeland, David Gray and Gnarls Barkley.

Richard signed with Green Dot Films 2009, shooting commercials with Tiger Woods, Derek Jeter, Eli Manning, Mark Sanchez and Michael Strahan for Gillette, Toyota and Subway respectively. In 2011 he has won several international advertising awards for his Amour campaign out of Canada as well as being short listed for Cannes again.

As a writer, Richard has scribed on all of the music videos directed, as well as the short-form works (“Jane Lloyd” and “Green”). His latest short film is “Under God”, which he wrote after being inspired by Joseph Campbell’s “The Power of Myth”. The short currently has been selected to screen in over 40 international film festivals. More recently he was attached to direct the found footage thriller “Day 38” that is setup at Universal/Syfy Films.

Richard’s love of film and storytelling can be tracked back to growing up on a ranch in Oklahoma where he dreamed of becoming a filmmaker. After college he lived in Prague, London and Seattle and worked on indie films and videos from the ground up. Upon making it to Los Angeles in 1998, he worked as an Agency Producer for three years at Ground Zero Advertising. He then went on to produce for Mindfield, a production, editorial, and animation company for commercial television and music videos. If he’s not reading comic books, he can often be heard spinning records under the Milky Way.