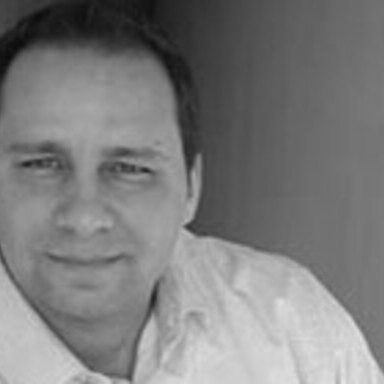 Steven is an accomplished and recognized executive in the media and entertainment industries. Regarded as a pioneer in both the "digital" and “branded entertainment” industries, he is seen as a catalyst of change at the forefront of major shifts in the media environment over the last 15 years.

Currently, Steven serves as President of Momentum Entertainment Group (MEG), a future generation content studio as part of the Momentum Worldwide group of compnanies owned by Interpublic Group (NYSE:IPG). We develop, distribute and produce programming for broadcast and digital platforms with an emphasis on Dramas, Comedies, Reality and Broadcast Event Television. Working with all the major digital, broadcast and cable networks we bring unique financing models to our programming that includes a range of vehicles from international pre-sales to advertising supported initiative. Current programs include the drama series “Rogue,” “Elite Model Look,” “World Music Awards,” “America’s Party,” “The Seeker,” and “How Sweet the Sound.”

Formerly, he created and ran Branded Pictures, an independent multiplatform entertainment production and distribution company specializing in the creation of sponsor supplied and traditional programming. The company leverages its unique relationships with broadcasters and fortune 500 advertisers to acquire, develop, produce and distribute programming across multiple platforms in markets around the world such as "The World Music Awards" (ABC/MNTV), Americas Party New Year’s Eve Celebration (FOX), "Christmas from Central Park" (CBS), “The Avenue” (scripted reality in development at CW), “Treadstone” (scripted drama based on Bourne series of movie), “Anatomy of a Socially Awkward Situation” (Comedic Web Series) and "Heart of a Champion" (CCTV-China).

Prior to creating Branded Pictures, Steven was a founding partner of Tribal DDB Worldwide, a top five worldwide Internet professional services company under the Omnicom portfolio. In his role as President & COO, Steven was responsible for the rapid and profitable expansion of the company, building a worldwide network of 30 offices in 21 countries with clients including Anheuser-Busch, Pepsi, Microsoft, McDonald’s, Sony and Clorox.

Before Tribal DDB’s creation, Steven served as a Founding Partner of Blue Marble ACG, one of the first interactive agencies and content creators at the dawn of the internet. In his role there, he was responsible for establishing the consulting group, entertainment practice and online media planning/buying departments as well as leading the new business efforts globally. He was part of the team who created some of the first internet corporate websites for companies such as Proctor & Gamble, General Motors, Nike and Continental Airlines. He and his partners sold the company to BCom3, now part of Publicis in 1996.