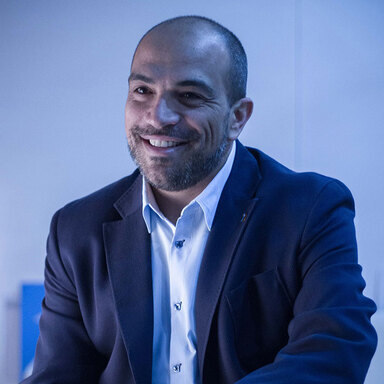 It does feel kind of weird to refer to oneself in the third person, reminds me of “Jimmy” from Seinfeld!

But here I go anyway…

Born and raised in Lebanon, Dany is a proud father of two amazing daughters, and currently based in Saudi Arabia as the Executive Creative Director of FP7/McCann.

He started his journey in the advertising industry as an Art Director after graduating from university with a BA in Graphic Design and Visual Communication.

After gaining the proper experience needed to push up through his career ladder, he joined FP7McCann Beirut, in the capacity of an Associate Creative Director for a regional creative hub that catered to the Saudi Arabian Market.

Later on, when opportunity came knocking on Dany’s door, he answered it.

It was DDB, where he was assigned as Creative Director for the Levant region (Lebanon – Syria – Jordan) and handled Henkel and PepsiCo accounts.

In 2011 Dany landed in Saudi Arabia, where he joined Drive Dentsu Riyadh as a Creative Director.

Feeling homesick, he decided to go back to FP7/McCann in 2013 as Saudi Office Executive Creative Director.

Side by side with his team at FP7/McCann Riyadh, he brought home metals from respectable regional and international award shows, like New York Festivals, The Webby Awards, Dubai Lynx, Effie, and many more.

Dany’s journey is ongoing with FP7/McCann where it mostly felt like home.