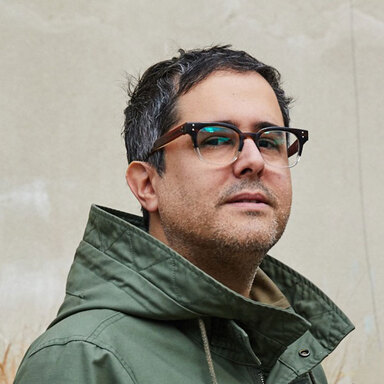 Francisco Lopez is an artist, designer and filmmaker living in Brooklyn. He grew up in Caracas, Venezuela and in 1995, he moved to Boston where he graduated from the School of the Museum of Fine Arts, in 1999. Soon after, he was a jury member at the Trieste Film Festival (2001--2004). In 2004 he founded the Internationally Renown and multidisciplinary creative studio Mogollon in New York City.

In 2017, Francisco was invited by MINI A/D/O to be part of a small, selected group of seven architects, designers and artists to explore new possibilities in products, objects, and fabrication. A design collective where physical prototyping, interdisciplinary experimentation, and community collaboration intersect.

He's currently a Design Director at VICE and working on his own art projects. He's also an ongoing resident DJ and contributor at The Lot Radio.