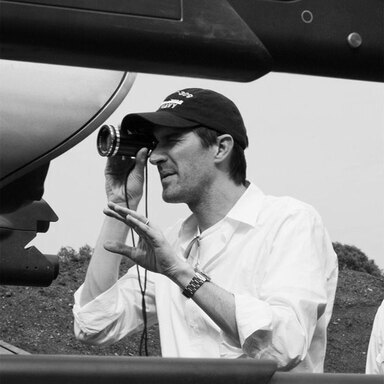 Joseph Kosinski is a director whose uncompromising style has quickly made a mark in the filmmaking zeitgeist. His feature film debut, "Tron: Legacy" for Walt Disney Studios, grossed over $400 million worldwide and was nominated for several awards, including an Academy Award for Sound Editing and a Grammy for the score by Daft Punk.

For his sophomore feature, Kosinski created the science-fiction thriller "Oblivion" for Universal Pictures, starring Tom Cruise and Morgan Freeman. With a score by M83, it grossed $288 million worldwide.

Joseph reunited with Tom Cruise, Miles Teller, and Jennifer Connelly for "Top Gun: Maverick". The long awaited sequel to the 1986 iconic film was produced by Jerry Bruckheimer and is scheduled to be released in July 2021.

Kosinski is currently in post-production on "Escape From Spiderhead", based on the short story by best-selling author George Saunders. The 2021 Netflix release stars Chris Hemsworth, Miles Teller, and Jurnee Smollet.

Joseph has won three AICP Awards for his commercials Gears of War "Mad World", Assassin's Creed "Unity" and Destiny "Become Legend", all of which are now featured in the Department of Film at the Museum of Modern Art. Most recently his "Web of Fries" commercial won a Silver Lion at Cannes.

Joseph received his undergraduate degree in Mechanical Engineering with an emphasis on Design at Stanford University and a Masters Degree in Architecture from Columbia University.