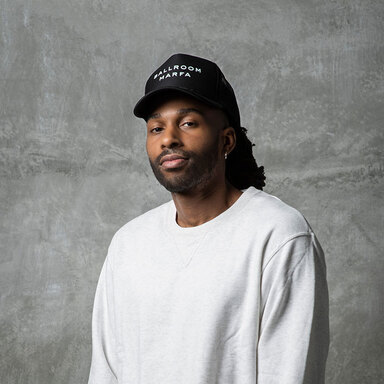 Tafa Henry is a Los Angeles-based filmmaker and visual artist working between the real and the virtual to explore world building through music films, dance performance, and realtime media.

Where flesh meets animation, performance meets the virtual, Tafa’s work instills a techno-ontological study of Blackness in the 21st century. This re-imagining of cinema and worldbuilding is an emergence of a new ideology for storytelling that refuses to sit still. His CGI works evoke an embodied viscerality that stem from over a decade of creating computer generated design from architecture and landscape architecture, and VFX.

His most recent work through music films explores the ontological themes of raw materials, mysticism, landscapes, movement performance, race, gender and emergent technologies through the power of ceremony and ritual. As a non-binary approach, Tafa’s work reconstructs past, present, and future narratives driven by pop-culture to cultivate the next frontier for Black speculative motion pictures.

Currently, Tafa’s writing and directing his latest anthology film with New Museums and Onassis accelerator program at ONX Studio. A non-linear approach to documentation he captures data from a dance performance where the Black body is directly linked to a mythic satellite hovering 800 km above Earth as a real time performance.