2013: "Level UP" was the theme of Young Guns 11, with a video game identity and a crystalline, pixelated Cube created by Jamie Carreiro and Grand Army. The November 7, 2013 ceremony and party continued the theme, inducting 37 new "highest score" winners into the Young Guns family. 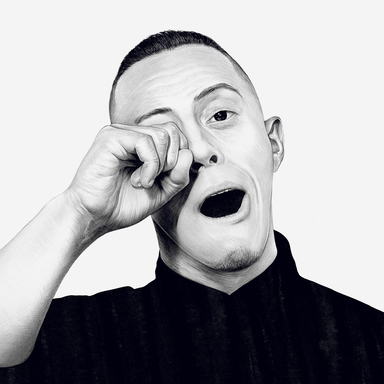 Juan Carlos Pagan is a multi-disciplinary artist, designer, creative director and typographer working in New York. He received his BFA from Parsons School of Design in 2006, and completed his postgraduate studies in typeface design at The Cooper Union in 2011. Juan has created iconic visual identities and campaigns for brands including Pinterest, Cîroc, Under Amour, and NPR. He has also designed cover art for publications such as The New York Times, and Variety Magazine. Some of his clients include Nike, The New York Times, Apple, Google, Disney, MTV, New York Lottery, Print Magazine, Google Creative Lab, Joan Creative, Jump Bikes, Youtube, and ESPN Magazine.

Juan has been honored for his work by The Type Directors Club, Communication Arts, The ADC, The One Show, Graphis, Cannes Lions, Clios, D&AD, FastCo, AICP, 4A’s, and Print Magazine among others. In 2013 Juan received The prestigious Art Directors Club Young Gun Award, honoring vanguard creatives under the age of 30. That same year he was named the top of Adweek‘s Talent 100. He was subsequently nominated for Print Magazines New Visual Artist 20 Under 30. In 2018 Juan received the Type Directors Club Ascenders Award, which recognizes designers who are 35 years of age and under for their remarkable achievement in design and typography.