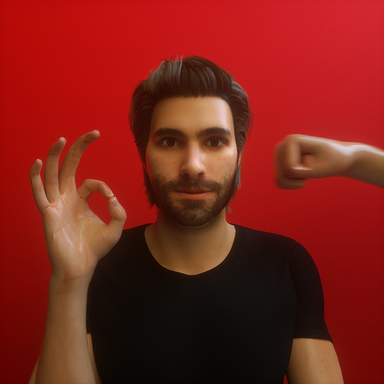 Mau Morgó (1988 - 2015) is a visual artist and director focused on creating unique experiences and experimental animation, for brands, festivals and museums around the globe. After working as a designer for award winning studios in Spain he left office life to pursue more work at the intersection of art, technology and emotions; exploring new ways of communication between our digital and physical worlds and investigate the boundaries between disciplines.

At Offf 2015 he staged his own death during his first keynote speech and the same year was awarded Top Emerging talent at Sitges Next Festival for Innovation. His work has been exhibit at: Au Palais de Tokyo (Paris), the New Museum (NYC), and CCCB (Barcelona), and at festivals as Moogfest, Primavera Sound, and Sonar Festival. He never knows what he’s doing.