2019: In a year that could arguably be described as the most diverse class in Young Guns history, a jury of more than 60 respected creatives — half of them past Young Guns winners themselves — spent two months reviewing hundreds of submissions from a record 45 different countries.

After several rounds of judging, which narrowed down the vast pool of talent to a finalist list of 81 creatives, the jury debated, discussed and ultimately selected 28 superstars to be part of Young Guns 17. This year's class runs across a wide variety of disciplines, and with only three YG17 winners being American-born, the global nature of this accolade is becoming even greater. 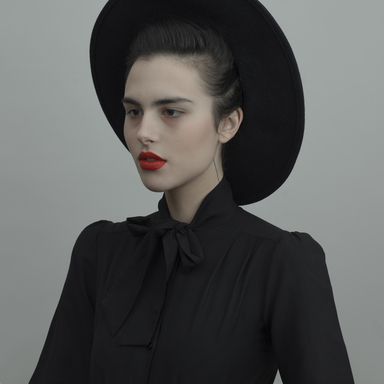 Evelyn Bencicova (b. Bratislava, 1992) is a visual creative specialising in photography and art direction. Informed by her background in fine art and new media studies (University for Applied Arts, Vienna), Evelyn's practice combines her interest in contemporary culture with academic research to create a unique aesthetic space in which the conceptual meets the visual.

Evelyn's work is never quite what first appears to be. Her photographs depict meticulously-controlled compositions characterised by an aesthetic sterility, tinged with poetic undertones of timeless desire and longing. Evelyn constructs compelling narrative scenarios that blur the lines between reality, memory and imagination — "fictions based on truth".

Evelyn's client repertoire includes fashion and luxury brands such as Gucci, Cartier and Nehera, as well as cultural institutions such as Frieze, Berghain, Kunsthalle Basel, Royal Opera House, Slovak National Theatre and Ballet and Museums Quartier Vienna. In 2018, Bencicova was invited to create visuals for the Institute of Molecular Biology in Austria, and to perform at the closing ceremony for Atonal Berlin.

Evelyn's commercial and artistic projects have been featured in the likes of Vogue Portugal, Vogue Czechoslovakia, ZEIT Magazine, ELLE, Dazed & Confused, GUP, HANT and Metal Magazine. Her work has been published in prestigious international photography books and on several online platforms (Juxtapoz, iGNANT.com, Fubiz media) and she has participated in solo and group exhibitions across Stockholm, London, Tokyo, Paris, Berlin, Vienna, Milan, Amsterdam, Brussels, Prague and Rome to mention few.