2020: Let's face it — this was not going to be a normal year for anybody in the creative community. COVID-19 has affected everyone in ways great and small, but we knew that Young Guns 18 would carry on. After all, this is an award that honors a young creative's body of work over multiple years, not just what could be done over Zoom and with social distancing. And so the call for entries was opened in June, and the global response far surpassed expectations that had been muted by the pandemic.

Believing that diversity breeds diversity, this year's Young Guns jury was expanded to include more than 80 creatives from around the world and across many cultures and disciplines. With the usual split between past Young Guns winners who know firsthand of the glory this accolade brings, alongside other respected professionals bringing their own unique perspectives, the jury spent nearly three months going over hundreds of submissions. After multiple rounds of scoring, they settled on a finalist list of 83 entrants, all leading to spirited discussions that resulted in this year's class of 31 new inductees into the Young Guns family.

Alas, the raucous New York awards ceremony that is a hallmark of the Young Guns experience was not to be this year, but we still managed to salute the Young Guns 18 class virtually, from wherever they are in the world. 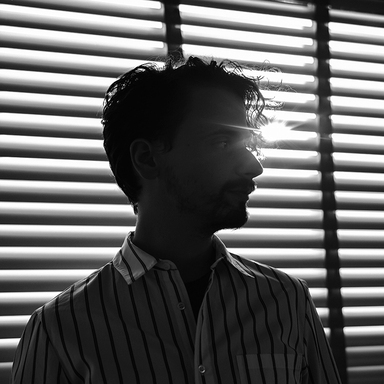 Felix Soletic is a director and main title designer based in Los Angeles, California.

Originally from Croatia, Soletic received a scholarship to attend ArtCenter College of Design in Pasadena, California, where he earned a BFA in Graphic Design. His studies focused on transmedia design, motion graphics, and film.

In 2015, Soletic joins studio Elastic as a designer and art director contributing to opening titles such as Westworld, The Crown, American Gods, Altered Carbon, The Alienist, The Terror, and Watchmen.

As a director, Felix created opening titles for Pose, One Dollar, The Outsider, The Politician, and Ratched. In 2019, Felix joins The Mill—where he continues to direct a diverse range of projects from opening titles to commercials and visual effects.