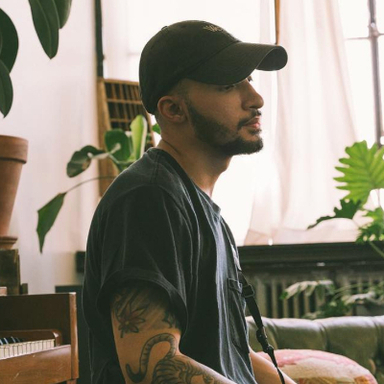 Alfred Marroquin is a Puerto Rican-American filmmaker acclaimed for his vivid and romantic visual style. Reminiscent of 90's Spanish cinema and early 00's music videos, the soul of his work is reflected through nostalgia, intimacy, and movement. Each of his films present the idyllic charm of classic melodramas, falling in and out of past memories and leaving you longing for more.

His debut in the music video world was an undeniable catalyst in his career, crafting stunning visuals for artists such as Chloe x Halle, J Balvin, Lorde, and Rauw Alejandro and music documentaries for A$AP Ferg and Orville Peck. His music video for Chloe x Halle's "Ungodly Hour" was selected as one of Pitchfork's top videos of February 2021 and Complex's list of 20 best music videos of 2021.

In addition to his music video feats, he's directed short films for VOGUE UK, Billie Eilish, Dua Lipa and Rosalía, along with commercials for Honda, Pepsi, and IKEA. His work has been awarded a Silver Clio and featured in Harper's Bazaar, V Magazine, and Vogue.