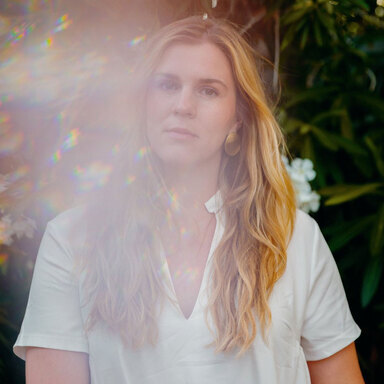 At the Times, Rhyne has covered a wide-variety of subject matter, including deforestation in the Brazilian Amazon, the 2021 Summer Olympics, COVID-19 intensive care units, Bob Ross' enduring legacy, immigration detention centers, and two MET Galas. Collaboration is central to her work as a filmmaker and journalist, as she works across multiple mediums.

Rhyne's work has been recognized both domestically and internationally. In 2019, Pictures of the Year International named Rhyne the Documentary Storyteller of the Year, and in 2020, 2015, and 2014, POYi recognized her portfolio with an Award of Excellence. In 2020, she won her first News and Documentary Emmy for an investigation into Bob Ross' archive of paintings. Her other works have been nominated five times. Most recently, she was awarded an Edward R. Murrow award and Front Page Award for her work covering COVID-19 in New York City. Title:
Where Are All the Bob Ross Paintings? We Found Them.

Title:
There's Nothing Adam Ondra Can't Climb, but Is an Olympic Medal Out of Reach?

Title:
'Lord Have Mercy': Inside One of New York's Deadliest Zip Codes

Title:
Inside the Fight to Save Houston’s Most Vulnerable

Title:
How ICE's Mishandling of Covid-19 Fueled Outbreaks Around the Country