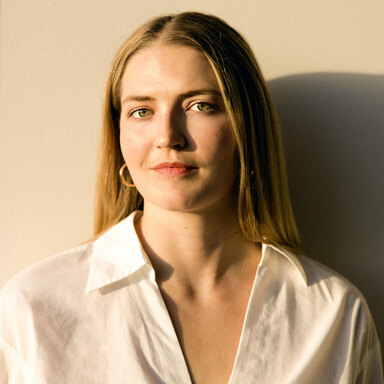 Tina Smith is a graphic designer and art director focused on typography. Originally born and raised in a rural Montana town of 200 people, she graduated with a BFA in graphic design from Montana State University. After moving to New York in 2015, she worked at the branding studio Partners & Spade (now called Mythology), The New York Times Magazine, and Google Creative Lab. She now has an independent design and art direction practice.

She brings a thoughtful, typography-driven approach to her work, with an eye for detail and elevated visual forms. As a multi-disciplinary creative, she has created brand identities, lettering, editorial designs, campaigns, books, websites, and packaging for clients such as Target, Harper's Magazine, Warby Parker, A24, and Etsy. She also creates lettering and typefaces in her studio practice with education from the Type@Cooper program.

In 2021, she returned to the Rocky Mountains and now lives in Denver, Colorado. She is captivated by a pursuit of beauty in all its forms, the great outdoors, and getting lost in a good story.