2006: The move to make Young Guns an international competition was a a smart one; Young Guns 5 saw nearly a quarter of its submissions come from outside of the United States. Beyond the Moleskine-produced annual and the November 9, 2006 ceremony and exhibition, this year introduced a speaker series that explored the work, history, hurdles, goals and aspirations of Young Guns winners. 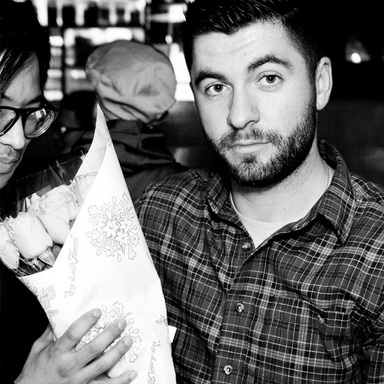 Andre Andreev is from Pernik, Bulgaria and is half of dress code (with Dan Covert), a firm specializing in Branding & Design, Motion Graphics & Direction, Strategy & Naming, Web Production & Development.

Their work has been recognized by shiny awards, appeared in lots of magazines, coffee table books, and 3 museums. They met while studying graphic design at California College of the Arts, then moved to New York and got jobs with MTV, before starting their own firm.

Never Sleep, a book they wrote about transitioning from school to work in graphic design, is available through de.MO. Andre has numerous amatuer soccer trophies and often appears on late night Bulgarian television.