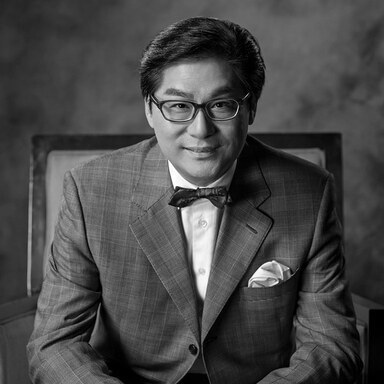 Mr. Raymond So graduated from the Chinese University of Hong Kong with a Master degree in Business Administration. Raymond began his advertising career at DDB Needham in Hong Kong as Account Executive in 1981. He was promoted to Account Director in four years because of his hard work and dedication.

Raymond joined J. Walter Thompson in Hong Kong in 1986 to set up JWT China from zero. He is one of the first pioneers to work in China when advertising was first introduced back into China after 1949. Raymond helped to launch the Lux brand; built the IBM leadership and established the Woolmark as the most prominent trademark in China. Raymond created many campaigns which were the first in Chinese advertising history.

In 1988, JWT asked Raymond to move to Taiwan and set up JWT Taiwan. JWT became the fourth largest agency in its third year and number one in the market on its fifth anniversary. JWT Taiwan continues its leadership in both business performance and creativity until now and is highly recognized by the industry in Taiwan.

Raymond was promoted to Chairman & CEO, JWT North East Asia in 1997. He was also appointed the first Chinese Director in the JWT Worldwide Board. Under Raymond’s leadership, JWT North East Asia became one of the fastest growing, most profitable and well managed regions in the JWT world. He also established the first Mindshare Media Agency in Taiwan and the company became the largest Media Agency in the market under his supervision. Mindshare later grew into a global media specialist network in the WPP Group

Raymond decided to take a new challenge in the Internet world in July 2000. He joined Pacific Century Cyber Works as Executive Vice President and Chairman of a subsidiary “AdSociety.” Raymond was responsible for the global sales and marketing function of “Network of the World”, the major business line of the company.

Raymond is a very active participant in industry organizations and events. He was elected Chairman of the 4As in Taiwan. He served as Executive Director of the TAAA (Taipei Association of Advertising Agencies), Chapter President & Secretary General of the International Advertising Association (IAA) Taipei Chapter. In 2002, Raymond was elected as the first Chinese World Vice President of the IAA and served six years in that capacity. Raymond was appointment Vice Chairman of the Asian Federation of Advertising Associations (AFAA) for four years. He was elected AFAA Chairman in 2016 to continue his service to the Asian Advertising industry. Raymond is a renowned and popular speaker in advertising seminars and congresses in the Asia Pacific Region.

In addition to his professional services, he also devoted his effort in other social and educational services. Raymond serves as board member of the Chung Chi College Board of Trustees, The Chinese University of Hong Kong; President of CUHK Business School Shanghai Alumni Association and CUHK Shanghai Alumni Association. He is member of the Taiwan-Hong Kong Economic and Cultural cooperation Council and Chairman of the International Digital Commercial Innovation Association.